There have been a lot of non arty things happening over the last week but inbetween I have been managing to snatch back some time to work on this canvas.  My aim in this piece was to try and capture the sound of lazy waves as that roll on up the sand shushing like a lullaby. Walking along the waters edge, listening to the sea always puts me in a mellow, medative mood, I find the sound very comforting. This is an unusual format for me, it's been interesting to deviate from my usual squares.
Posted by Lisa Le Quelenec at 17:37 6 comments:

Contrails collograph experimenting without a press


Continuing experiments with the contrails and sunsets in my sketchbook toning down colour and trying a small watercolour version led me to thinking about collograph printing. I've only ever done it a few times at college many years ago and assumed that without a press I wouldn't be able to do it again. However some time back on Jeanette Jobson's blog - Illustrated Life she wrote about collograph printing without a press. She inspired me to give it a go.


For those that don't know collograph printing is a form of relief printing where the plate is made of collaged textures. All sorts of different things can be used. I've seen bits of fabric, string, spaghetti, cardboard, corrugated paper, and grit all used with great success. Not having a press at my disposal, I
thought I'd better not use anything with too much texture as I wouldn't be able to apply enough pressure for a successful print by hand.

To begin with I cut a square of ordinary mount board. I used the back as it was a smoother surface. Then I drew out the design. Mount board is made of thin layers and by scoring into it I could peel back some of the layers to reveal a fluffier paper fibre surface. I did this all around the outside of the plate to make a border and also to the lowest contrail shape. Very carefully I cut a circle for the sun with a scalpel going right through the board. I envisioned the prints needing some hand finishing and so would paint in this colour later. For a couple of the contrails I used an acrylic medium made by Liquitex called Blended Fibres. I painted this on not letting the relief area stick out more than about 3mm. The linear element of the design was embossed using ball point pen. The final stage in preparing the plate was to give the whole thing a coat of acrylic medium to seal it.


To give myself a fighting chance of getting a good print I thought I would use watercolour and watersoluble crayons to 'ink' the plate. I thought by using them and printing onto damp paper I wouldn't need half as much pressure than if I used printing ink which is much stiffer. The crayons I used were a mixture of Caran d'Ache Neocolor II and Derwent Aquatone and they adhered to the plate really well. The watercolour balled up on the surface which I expected but I was hoping when I printed that the pigment would bloom onto the damp paper. Here's the plate all ready to print.


After soaking some watercolour paper (Arches 90lbs Hot Press) for a couple of minutes I was ready to go. (The paper was wet all the way through but dry enough to not have a sheen on the surface.) Laying the plate on one drawing board and covering it with the wet paper I put another drawing board on top. Then I stood on top of this sandwich moving around to try and get even pressure all over and kept my fingers crossed. Carefully taking off the top board and holding down one side of the paper so that it wouldn't move out of position I took a peek. It has mostly worked except for one small area so I put the paper back down and pressed by hand in this little spot until all the paint had adhered. To 'fake' a plate mark, which it would have had if it had gone through a press, I ran the back of my nail along the edge of the plate until it had embossed the paper. It's heavy work on the hands but looks better for it. The print didn't photograph well at this stage, the colours were more intense than they show here. I printed 3 more from the plate, two I did with NOT watercolour paper (the surface interferes with the texture a little too much when pressing by hand.).


Once the prints were dry I worked back into them with coloured pencil and acrylic ink. I even used some gold acrylic to wash over and pick out some areas. Below is the finished piece. I'm not sure what to call this so if any print makers could let me know I'd be grateful. Is it fair to call it a hand finished collograph or would it be better to call it a mixed media with collograph. I'd like to make a series of these and it would be handy to know.


The eagle eyed amongst you will have noted that the image is 'back to front' from the original drawing. I thought it would be good to add this to the experiment and see how the change would affect the composition. I think the composition does still work and I also like that not all the contrails have come out. The composition feels much more circular now and much less cluttered. I enjoy the surprises thrown up by changing mediums and processes, I wouldn't have ever gotten a result like this if I had stuck to painting.

It was a fun day experimenting in this way as I was totally unsure of the outcome or even if there would be an outcome. The whole process is magical and full of discovery for me and I will definitely be doing some more. 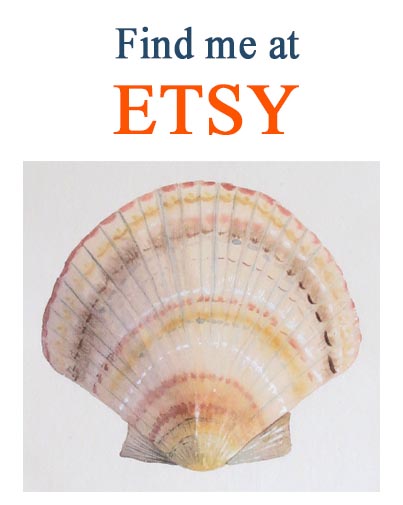 Lisa Le Quelenec
I'm an artist living on the Dorset coast. I aim to capture the sense of light and space of the ocean and its effect on objects that have travelled and been shaped by the ebb and flow of the tide. From the tension before, during and after the storm to the quieter more contemplative atmosphere of subdued waters the ocean has captured my heart.

View my complete profile
Copyright of all images are the sole property of Lisa Le Quelenec. Images may not be used, copied or stored without the consent of the artist. 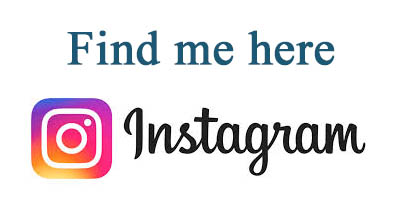